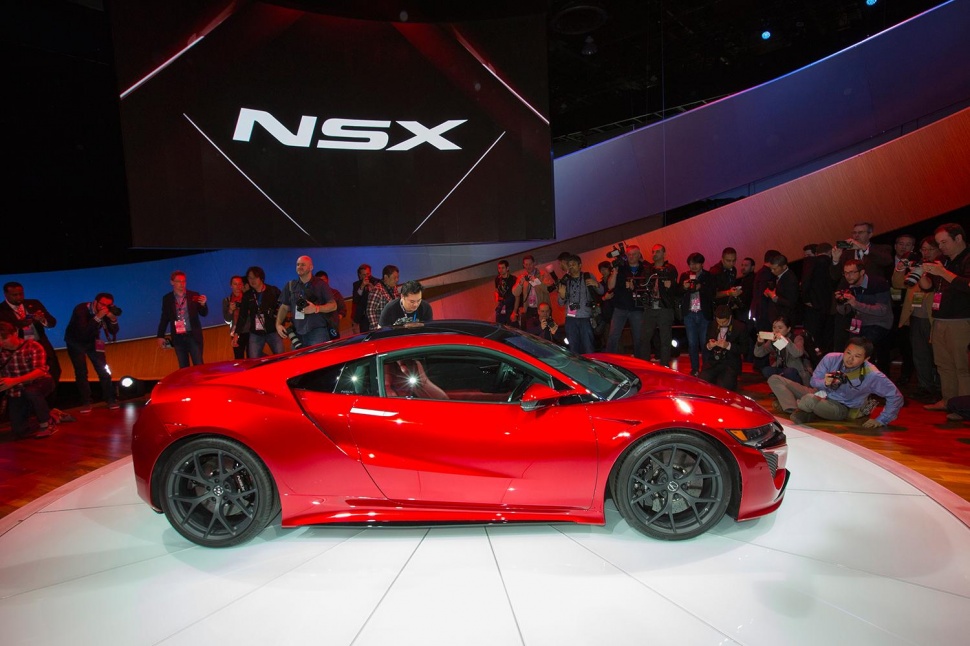 So whats up with Acura?  Finally…..   A Halo car for the brand.  The NSX has been killed off in 2005 due to lack in sales and we’ve been waiting patiently.  Lets hope this 2nd gen will continue to evolve and not stale out like the last one.  HP increases of 20 is not going to wow the crowd… and their wallets.  The timeless gen 1 was a great car but lacked numbers in the engine department.  So enough with the old and lets move on with the new.    I’m ecstatic to see that the NSX is becoming a reality.  With the slight design changes of the 2016, it’s become closer to a production model.  The small subtle changes compliments the car really well. 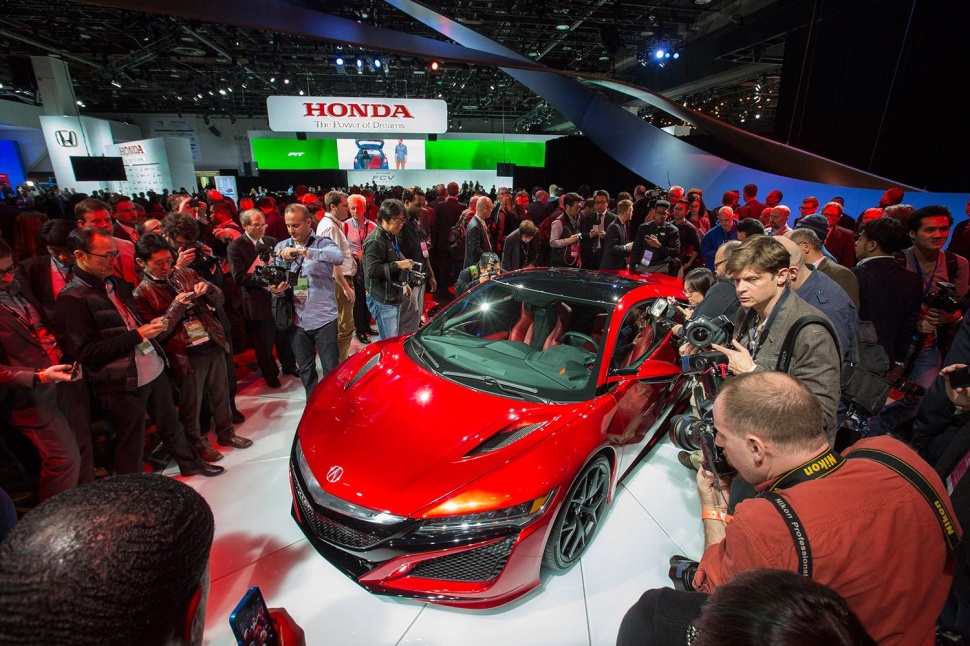 This model introduces small black trims on the from lower lip and along the side skirt.  The details are very well put.  It has enough curves to keep it timeless and not overly done. 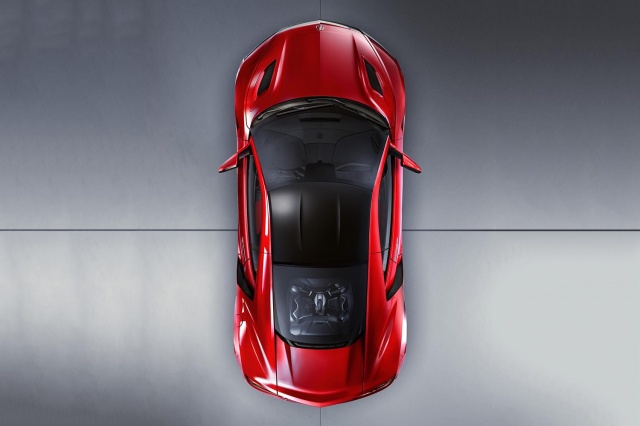 So the complaint has always been the power plant but being an automotive company with efficiency in mind, Honda has opted to make this supercar different.  It has the famous v6 (redesigned of course) similar to their formula brother with 3 electric motors and 2 breathing turbos.  All of this is suppose to generate 550+hp and achieve 30-40mpg (estimated).  Is $150k too much?  I don’t know the answer to this but with this price range, there are other cars that would be very inviting.  Let’s hope this NSX will perform and live up to the hype… if there is one.   Either way I’m an NSX owner and a fan of Honda.  One day I’d hope to own one.